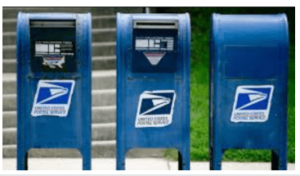 While many Floridians will begin preparing for the hurricane season this summer, many will also be taking additional measures to prepare for the election season. Unlike previous years when voters typically delay any thought related to the election season until August, public officials and voters are forced to consider the impact of the pandemic on the upcoming primary election in August and the general election in November.

Our League agrees with election experts, including Palm Beach Supervisor of Elections Wendy Link, that vote-by-mail is the safest and most convenient way for voters to exercise their civic duty without compromising their health and safety.

The League met with – that is, virtually met with – Supervisor Link in April who highlighted the benefits of mail-in voting:

Given the expected increase in requests for vote-by-mail ballots, Supervisor Link encourages voters to request their ballots now instead of in July or August. At the onset of the pandemic, 41% of votes cast during the March election were mailed-in ballots and the percentage of voters using mail-in ballots is expected to increase. Voters can request a vote-by-mail ballot by phone at (561) 656-6208 and in-person but the most convenient way is to submit the form on the Palm Beach Elections website at this link.

Though mail-in voting has been politicized by political parties in Florida and throughout the nation, the League urges Florida voters to consider the fact that claims of higher occurrence of voter fraud associated with mail-in voting have not been substantiated by elections experts. For instance, in Oregon and Washington, which implemented voting by mail during the 2016 election, suspected voter fraud cases made up 0.002% of the total votes cast.

The League remains vigilant of the failures that can arise from mail-in voting if election administrators are not well prepared and if clear instructions are not available to a diverse population of Palm Beach voters. For instance, the League is pleased that mail-in ballots in Palm Beach County will have prepaid postage to simplify the task for voters. If as many voters as possible request vote-by-mail ballots early, this will ensure that the elections in August and November in Palm Beach County can run smoothly.