You Have One Vote, Does It Count? 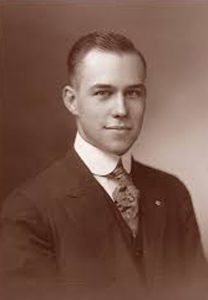 Do you wonder if your one vote really matters? Voting is your right and responsibility. Moreover, history shows us even one vote can have a huge impact on election results.

One of the most famous instances showing the importance of each vote relates to our centennial celebration of women’s suffrage. By the middle of 1920, only one more state was needed to ratify the 19th Amendment that would finally give women the right to vote. The only remaining opportunity that year to take a state vote on ratification was in Tennessee.

On August 18, the legislative vote took place. The tension and drama  were palpable. With only one legislator’s vote outstanding, the tally was tied. Representative Harry T. Burn entered the Chamber wearing a red rose, symbol of anti-suffragists. Shockingly, when he was called on to vote “aye” or “nay” on suffrage, Burn voted “aye.” Women’s suffrage had just passed in Tennessee, consequently making the 19th Amendment part of the U.S. Constitution.

Burn’s one vote counted mightily and changed U.S. history. There was a notable woman behind that vote, his mother. Febb E. Burn wrote a long letter to her son before the vote, saying at the end, “Don’t forget to be a good boy and help Mrs. “Thomas Catt” with her “Rats” Is she the one who put rat in ratification Ha”. So he did!

The University of Tennessee Libraries has saved this valuable historic document. Readers may view a copy of the original, handwritten letter by clicking the link below. https://digital.lib.utk.edu/collections/islandora/object/volvoices%3A5525]

Other examples are more recent. In 2000, after a mandated recount of Presidential ballots (think Palm Beach County’s infamous hanging chads), George W. Bush won Florida’s Electoral College votes by merely 537 out of almost six million cast. Al Gore lost. Bush was re-elected President. In Florida’s 2018 gubernatorial race, a close election forced a recount that secured Ron DeSantis the position by only 33,683 votes out of more than eight million cast. That’s less than half a percentage point.

By voting, you can make a difference, too. Perhaps it won’t be as dramatic as Harry T. Burn’s vote, but it’s always important in any election in which you cast a ballot. Every American voter counts!

Carrie Chapman Catt, president of the National American Woman Suffrage Association and founder of the League of Women Voters.