What to Expect Under the Biden Administration 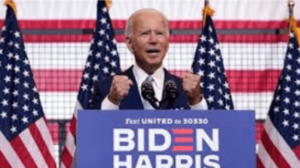 What can we expect from President-elect Joe Biden as he puts climate change on center stage?  First of all, it is expected that Biden will re-enter the U.S. into the Paris (Climate) Agreement, the global pact established five years ago among 195 nations to avoid the worst impacts of climate change. Upon rejoining, the U.S. will likely be expected to provide a climate target (updated from the Obama administration) and a concrete plan to reduce domestic emissions from the power and energy sector. This move could bring the U.S. back into the accord as early as this month.

The U.S. is the world’s second-largest emitter of greenhouse gases, behind China, and is seen as key in the global effort to reduce the effects of climate change.  Of the 195 countries that signed the agreement, 189 countries officially adopted the accord, and no other country besides the U.S. has abandoned it. The U.S. will have to rebuild trust with other nations in the agreement, especially after President Trump’s legacy of climate change denial and official withdrawal from the accord.

President-elect Biden will not need Senate support to rejoin because the accord was set up as an executive agreement. Biden’s administration will send a letter to the United Nations stating the intention to rejoin, and the official return would take effect in 30 days.  Biden has plans that extend beyond Paris, including a $2 trillion economic plan to invest in a transition from fossil fuels to clean energy, decarbonizing the electricity sector by 2035 and reach net-zero U.S. greenhouse gas emissions by 2050.

A Biden transition team has laid out how the new administration can set itself up for making progress from day one. It lists “reestablishing the central role of climate change in everything NOAA (National Oceanic and Atmospheric Administration) does” as a key goal. It also places emphasis on the agency’s need to build public trust and invest in climate and ocean monitoring infrastructure along with weather forecasting accuracy.

It is anticipated that NOAA will rise to new prominence as the premier climate research agency.  The Biden transition team is mapping out key priorities and identifying potential leaders for an agency whose responsibilities include weather forecasting, ocean research, the health of the nation’s fisheries, and the protection of endangered marine species. Climate change and restoring scientific integrity are expected to be top priorities.

In addition, it is expected that Biden will turn his focus on the challenges that face the Environmental Protection Agency (EPA).   The EPA is responsible for enforcing environmental regulations passed by Congress. The EPA has the power to fine companies that pollute the nation’s air and water and to regulate carbon emissions that cause climate change. However, during the last four years, many scientists were largely sidelined, and could only watch as science advisory panels were dismantled, scientific evidence was disregarded, and climate and pollution regulations weakened.  Expectations are high that the next four years will see improvements, including restoring the role of science – and scientists – in crafting environmental rules to protect public health.

The President-elect is expected to name Michael Regan to lead the EPA.  Regan currently heads the North Carolina Department of Environmental Quality and previously worked for almost a decade on air quality policy at the EPA.  Because Biden has promised to make climate change a priority, Regan would be a major player in the new administration. Regan has stated that protecting drinking water and working for environmental justice will be key for the agency.