The devaluation of assets in black neighborhoods 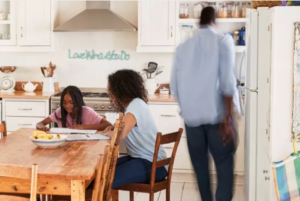 Homeownership lies at the heart of the American Dream, representing success, opportunity, and wealth. However, for many of its citizens, America deferred that dream. For much of the 20th century, the devaluing of black lives led to segregation and racist federal housing policy through redlining that shut out chances for black people to purchase homes and build wealth, making it more difficult to start and invest in businesses and afford college tuition. Still, homeownership remains a beacon of hope for all people to gain access to the middle class. Though homeownership rates vary considerably between whites and people of color, it’s typically the largest asset among all people who hold it.

If we can detect how much racism depletes wealth from black homeowners, we can begin to address bigotry principally by giving black homeowners and policymakers a target price for redress. Laws have changed, but the value of assets—buildings, schools, leadership, and land itself—are inextricably linked to the perceptions of black people. And those negative perceptions persist.

Through the prism of the real estate market and homeownership in black neighborhoods, this report attempts to address the question: What is the cost of racial bias? This report seeks to understand how much money majority-black communities are losing in the housing market stemming from racial bias, finding that owner-occupied homes in black neighborhoods are undervalued by $48,000 per home on average, amounting to $156 billion in cumulative losses.

In analyzing the devaluation of black homeownership, this report finds:

According to our analysis, differences in home and neighborhood quality do not fully explain the devaluation of homes in black neighborhoods. Homes of similar quality in neighborhoods with similar amenities are worth 23 percent less ($48,000 per home on average, amounting to $156 billion in cumulative losses) in majority black neighborhoods, compared to those with very few or no black residents.

What does devaluation measure?

We focus on owner-occupied homes for two reasons. First, home appreciation results in higher home values, and this brings wealth to owners. There is a large and well-known wealth gap between blacks and other racial groups in the United States, much of which can be attributed to differences in homeownership rates and the value of housing. Second, the devaluation of rental properties is advantageous to renters, in so far as it results in a lower rental payment for similar quality housing. The devaluation of owner-occupied housing makes it easier to acquire the home, but once purchased, it is unambiguously disadvantageous to the owner and occupier, who would otherwise benefit from being able to refinance, borrow, or sell at a higher valuation.

Structural characteristics are physical qualities of a home which predict its value, such as year built, square footage, number of rooms/bedrooms, and others (see text for full accounting of variables used). With the exception of square footage, which is incorporated into price per square foot measures used from Zillow, these data are aggregated to the neighborhood level in the analysis.

Neighborhood amenities are qualities which reflect the economic, demographic, and physical landscape of the neighborhood. Indicators which may affect home valuation include the quality of public education, walkability, access to jobs as measured by mean commute times, access to retail, and others (see text for full accounting of variables used).