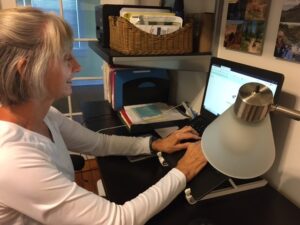 There is a bill moving through the Florida state legislature which is going to make it much harder to vote by mail.  Voters will have to submit vote-by-mail requests more often.  The bill would also retroactively cancel voters’ current vote-by-mail ballot requests,  and make it a crime for voters to ask a trusted friend or caregiver to pick up or drop off vote-by-mail ballots, thus limiting voting access for working, elderly, and mobility-impaired Floridians.  It would also eliminate secure vote-by-mail drop boxes, which more than 1.5 million Floridians used during the 2020 Election.

Our partner organization, the ACLU, began an emergency texting/phoning campaign on April 5th and 6th to encourage people to call their representatives to stop this bill.  The LWVPBC joined that campaign, which sent out 12,000 texts the first day.