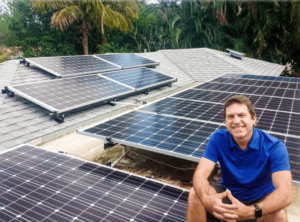 Ken Horkavy said he wishes he had waited for the Palm Beach County Solar Co-op to get solar panels installed at his home in Lake Worth. He remains an advocate for solar power and for the co-op method of finding installers. (Scott Luxor / Contributor)

Palm Beach County is launching another solar co-op for 2021. The nonprofit’s goal, like those in Broward and Miami-Dade counties, is to bring homeowners together to find effective solar installers who will work with fair and transparent financing for their work.

Solar United Neighbors, which created solar co-ops in Broward County and around the state, helps homeowners get in the act of searching for proper and ethical installer companies who will both follow through on the promises, as well as not overcharge for their services.

Palm Beach County has had two such co-ops before. The first one was in 2017. The next one was in 2018. And now a third one planned to start in January. 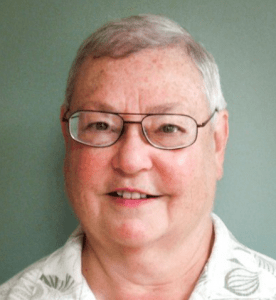 Diane Marks, who is chairwoman of the Solar Co-op Issue Group for the League of Women Voters of Palm Beach County, said that the co-op does a lot of the legwork for homeowners.

“What the solar co-op does is to send out a [request for proposal] to 100 different solar companies installers,” she said. “They then have to send back the answers in the same format so you’re comparing apples to apples, instead of apples to oranges.”

After that work is done, each co-op decides what their priorities are for the installers. Sometimes it’s where the solar panels are made, other times it’s about the most affordable.