Florida has the most restrictive voting laws for ex-felons in the nation.  In 2018, the Florida electorate, believing that people should have a second chance, passed an amendment allowing ex-felons who were not murderers or sex-offenders to vote once they had completed their sentence including probation.  However, the Florida legislature then passed a bill specifying that full payment of any ordered restitution, fines, fees, or costs was part of their sentence.  Even though some returning citizens have paid these fines and costs, they find it difficult to navigate the system alone. 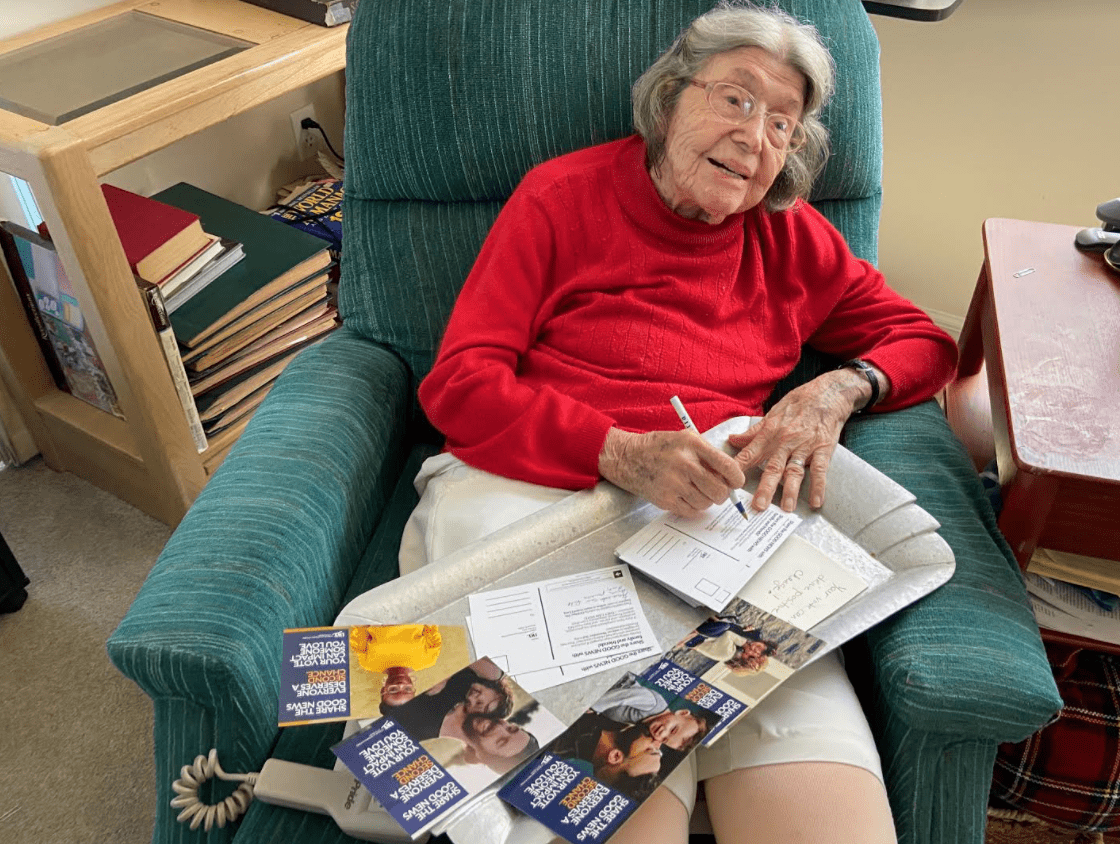 So, Voter Services in coordination with the LWVFL decided to send attractive postcards encouraging returning citizens to register to vote.  They sent out 6,000 postcards last week—writing each address and a message by hand.   One of our members, Carol Carnevale, has a mother who really wanted to help as well.  Louise Carnevale of Stuart wrote on her cards, “I’m 105 years old, and I still vote.”  That’s inspiring to all of us.