We’ve all heard the maxim “everybody deserves a second chance.” The LWVPBC Voter Services certainly agrees with that maxim, sending 6,000 postcards in the first round.  This round was intended for those returning citizens who had paid their fines, costs, and fees as well as finished their sentences to register to vote.  Not long after that, round 2 was held.  This round was intended to motivate these returning citizens, now registered, to vote.   6,450 postcards were sent in round 2.   Both rounds took place in the last several weeks of September.

One LWVPBC member, Marcia Hayden, called on her sorority members to help her write notes on 533 postcards.  Her sisters answered the call, as the pictures show. 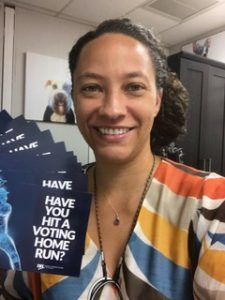 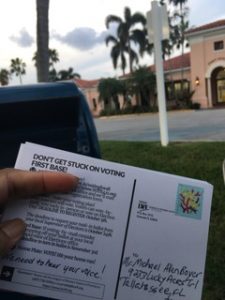 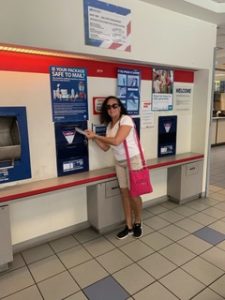 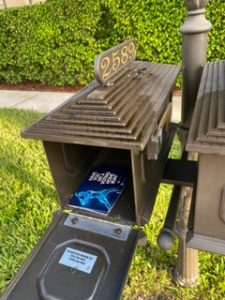 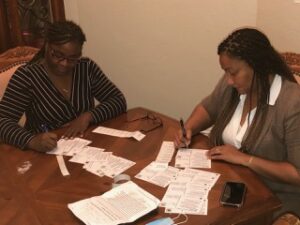 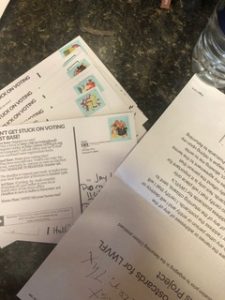