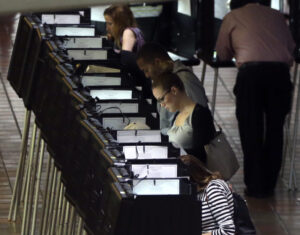 As Amendment 4, or the law permitting former felons to vote, is still being decided in Tallahassee, Palm Beach County officials announced on Thursday they are working with the current version of the bill to help restore those voting rights.

“We do not want people to be deprived of the right to vote because they cannot afford to pay their court costs and fees,” says Palm Beach County State Attorney Dave Aronberg.

The law, as it stands, requires Florida’s nearly 1.4 million felons to complete their full prison sentences and pay associated costs and fees before having their voting rights restored.

Critics have called it “a poll tax” that only serves to keep ex-felons from voicing their opinions.