Below are videos, images and an article produced by Pam Maldonado.  The images are of events she organized, awards she has won and the video link takes you to interviews with NEW voters sharing their first moments being American Citizens. 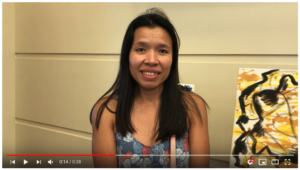 ARTICLE:
PARTYING AT THE POLLS 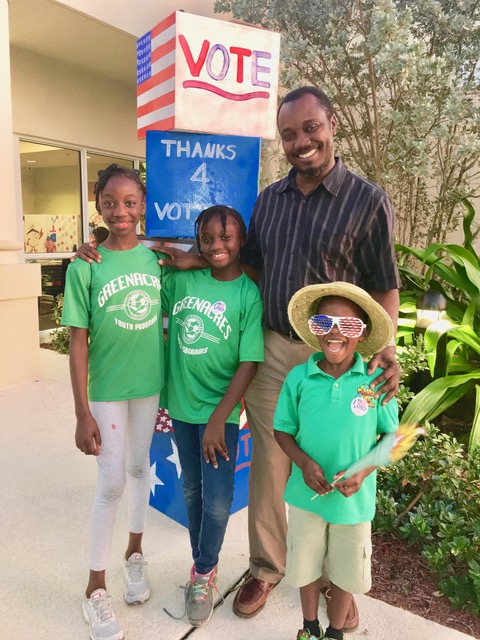 Voter Services capped their successful year by celebrating democracy with Parties at the Polls in Belle Glade, Riviera Beach and Greenacres.
What’s a Party at the Poll?  It’s an event that awards voters for their effort with topical themes, games, food, election souvenirs and fun, fun, fun. It also creates a fair-like atmosphere so that early voters can tell others to come, vote and enjoy. It highlights the importance of being a voting role model for adults and educates children that voting is a right and an obligation.
Marcia Halpern led the Riviera Beach conga line. She marshaled a committee of Leaguers and community organizations, such as the Barry University School of Social Work and the Park Manor Neighborhood Association. They organized games and crafts for children. Joining in were the Black Chamber of Commerce, Palm Beach Young Black Professionals, Urban League, ACLU, and MAMA (Mother’s Against Murder Assn.) Pastor JR Thicklin piloted a group of congregants directly from church to the polls for “Souls to the Polls Sunday”.
Teri Mitze was the impresario for the Belle Glade party. A Gospel DJ aired a live radio show from the catered event. The Urban League sent their youth group, the NuLItes to assist. The Election turnout broke all records, but the majority of people attending were workers from the Gillum campaign. What, no Republicans?  LWV serves all voters and would have loved to serve them also.
In Greenacres, Pam Maldonado and her trusty crew–Lynn Hankin, Marc Bruner, Nancy Ballen, Anna and Leo Gagne held a mini-fair with games, campaign paraphernalia, hot dogs and treats. Best of all was their set up for a children’s polling station with age appropriate candidates (such as favorite pets) and an awesome photo booth with democracy/election props. The kids were excited to “vote” and take celebratory photos. Their parents also loved the idea of exposing their children to the voting process in a way that will be memorable. Heart pounder of the day goes to Pam, who encountered a first time voter who spoke only Spanish. She guided him to the polls and he received a standing ovation when he successfully voted!
At the end of the day, Leaguers were spent, but generally gratified with their efforts. Lessons learned will inform improved events and turnout for the next election!

Congratulations to all who tirelessly volunteered to make the events successful.

Onward to registering the 1.4 million felons who will be eligible to vote starting on January 8 th !

Below are a variety of pictures provided by The Voter Services Team and the community: 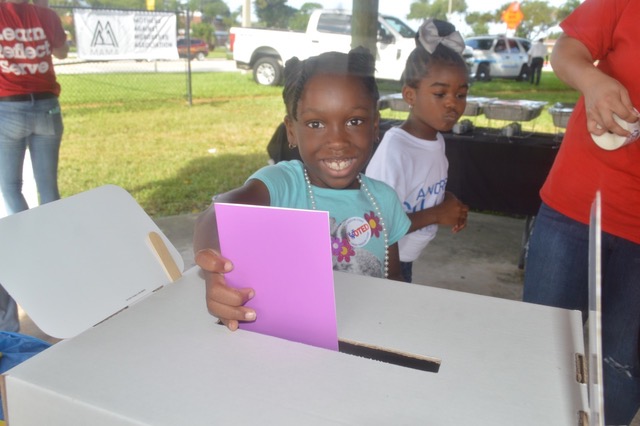 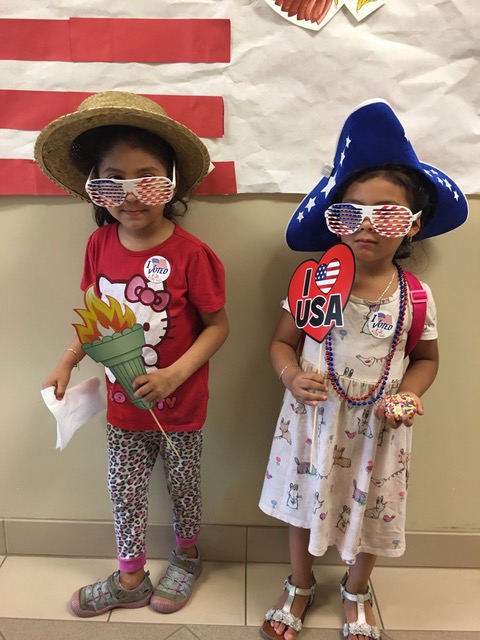 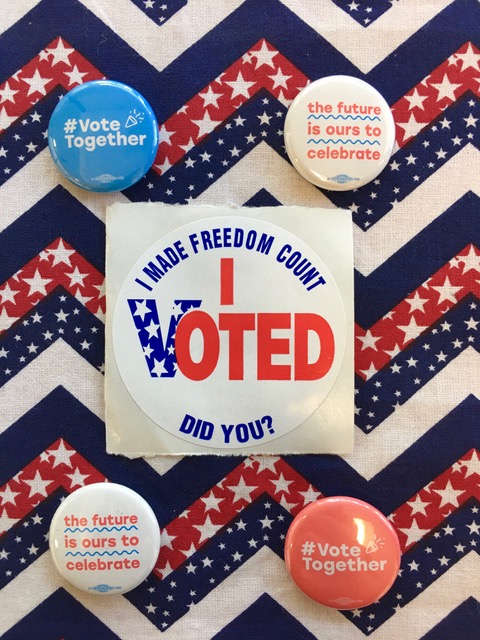 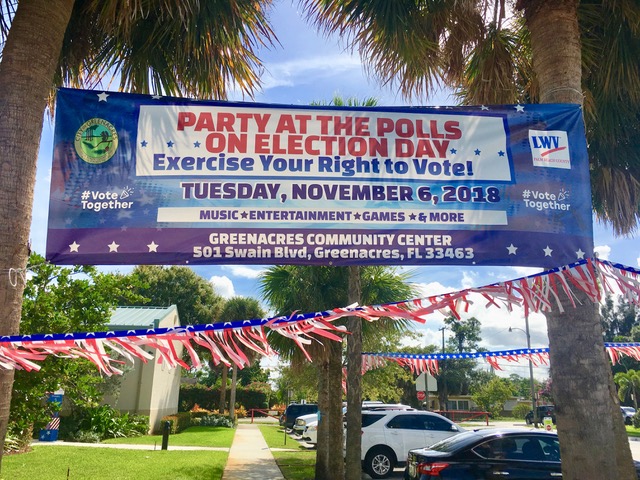 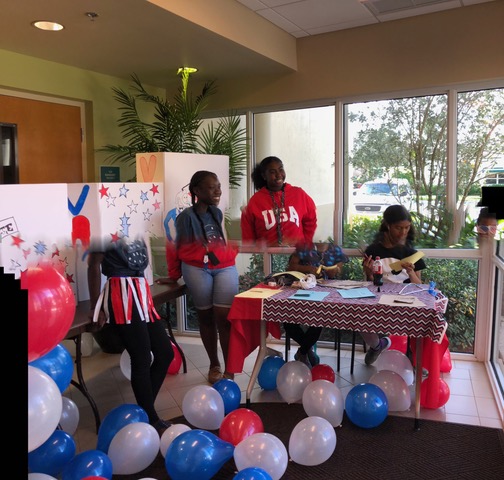 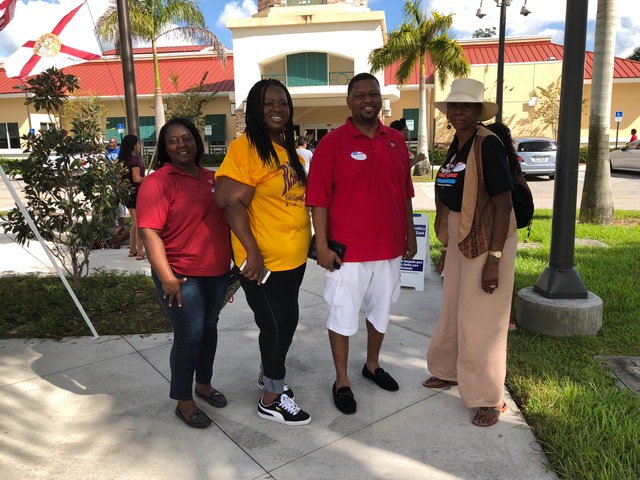 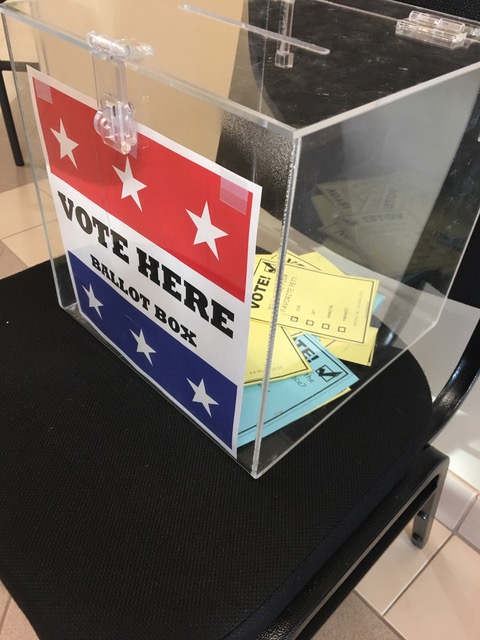 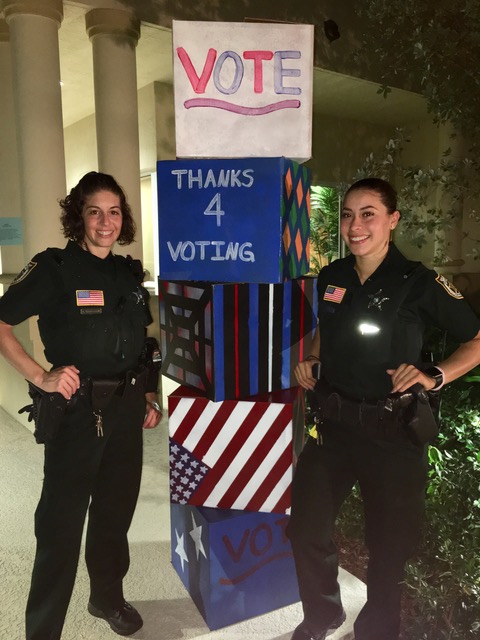 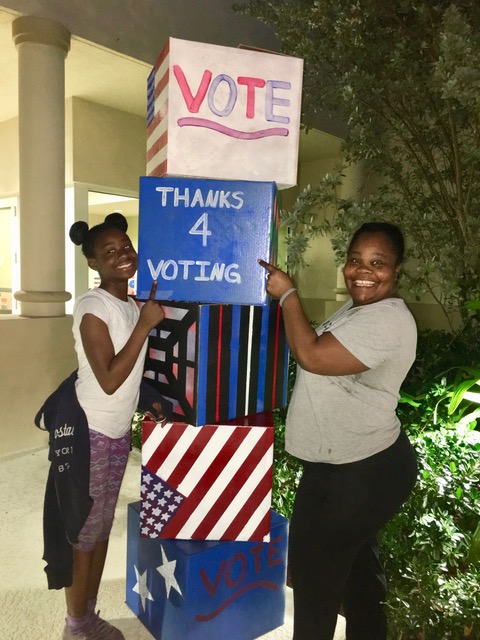 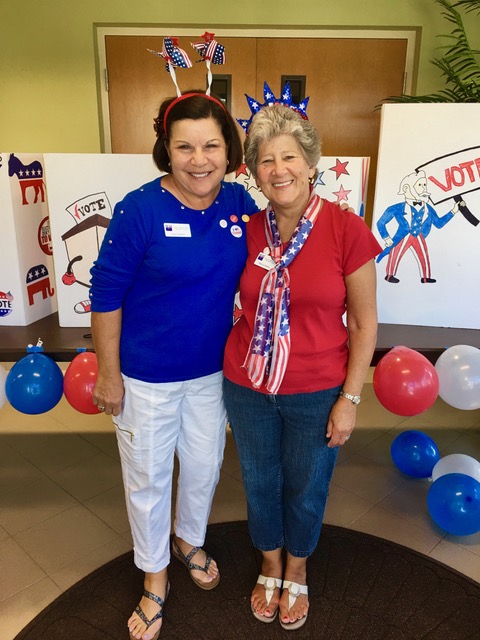 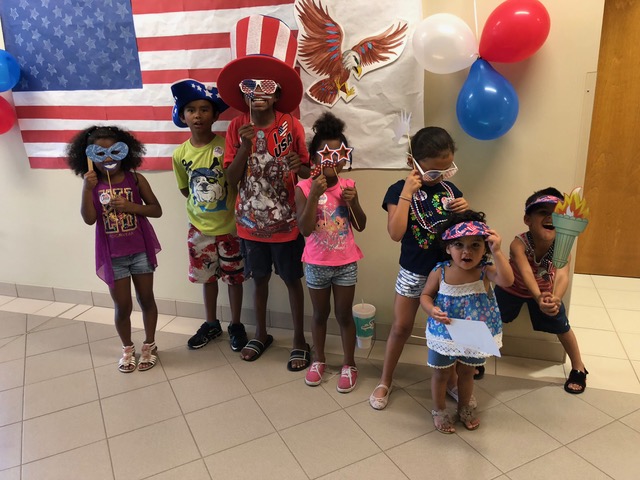 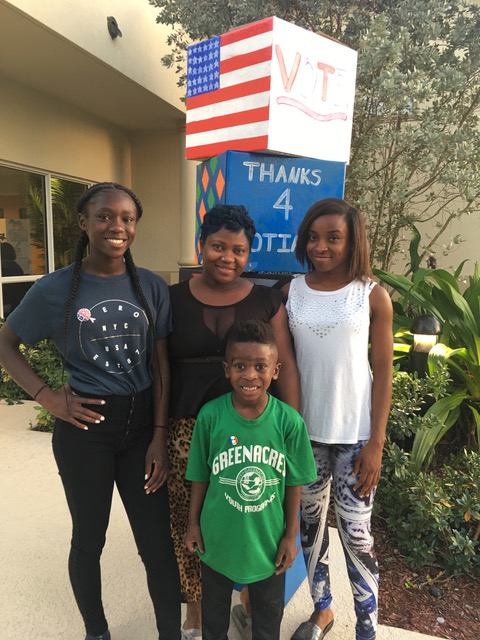 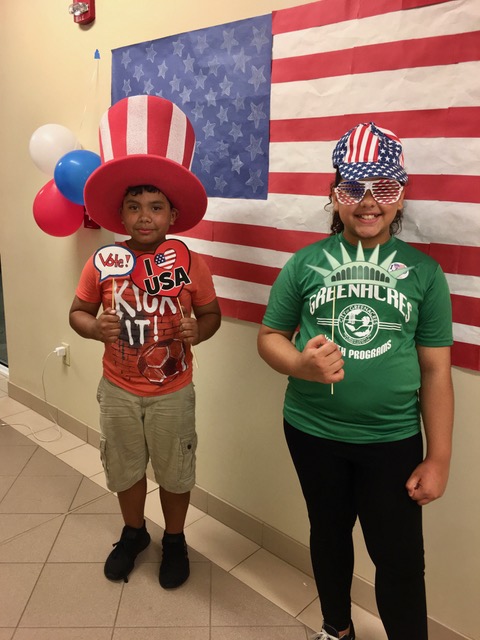 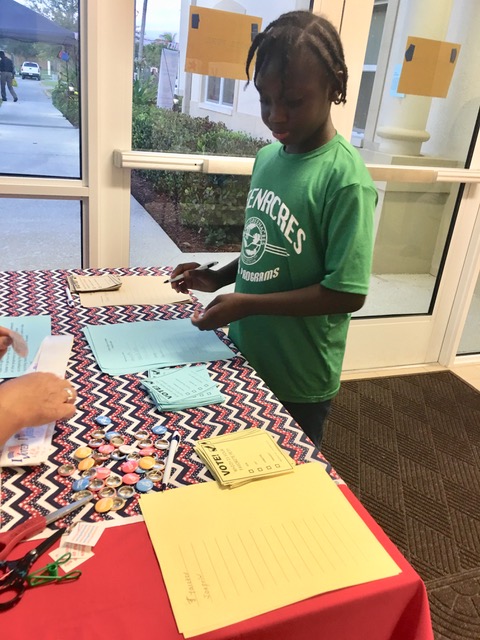 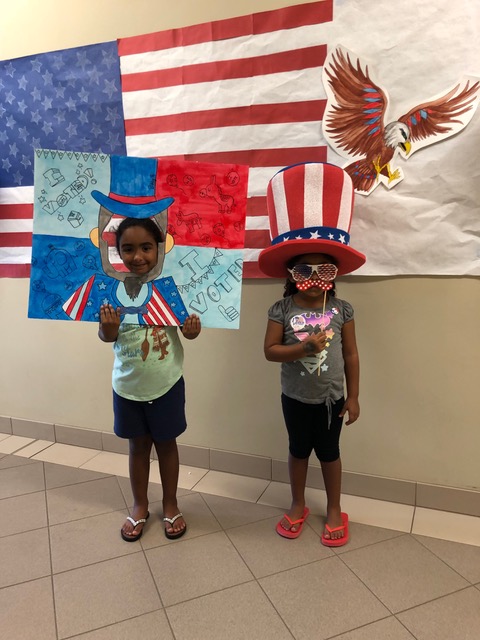 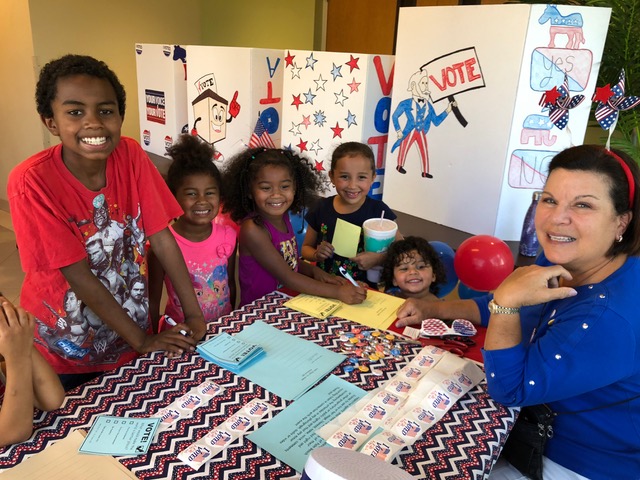 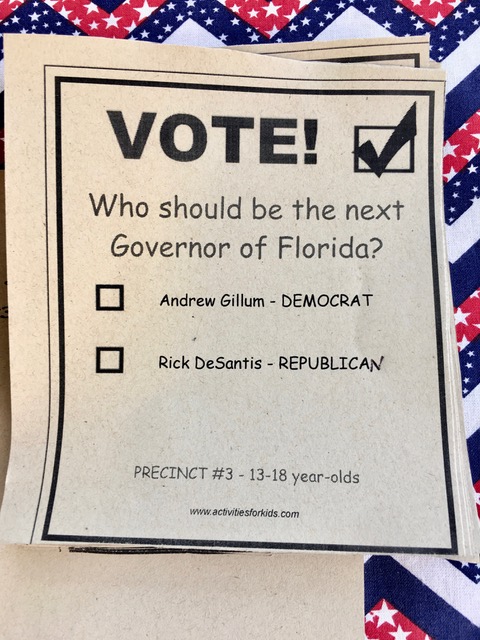 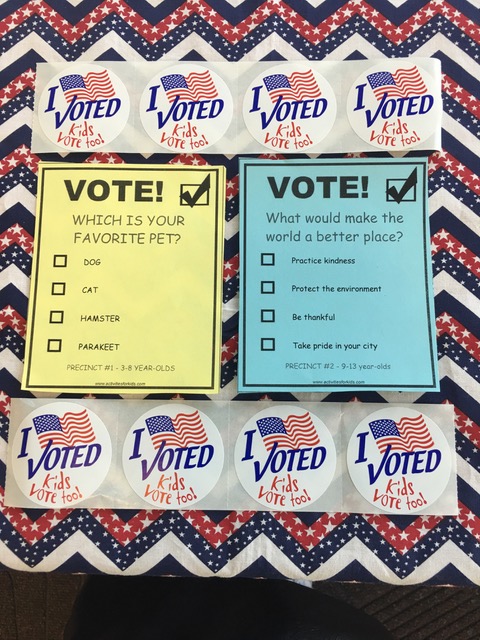 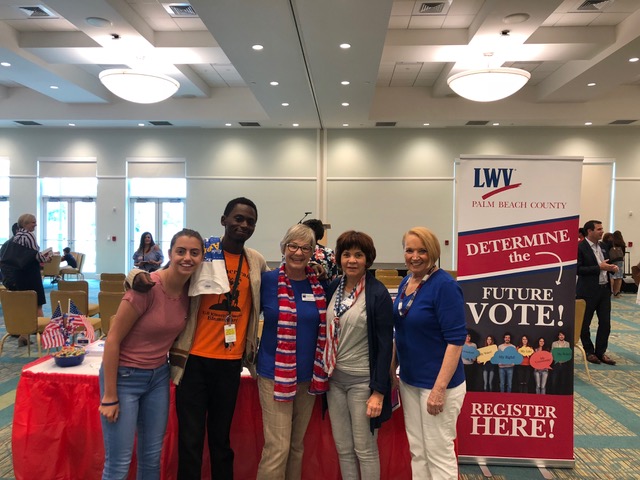 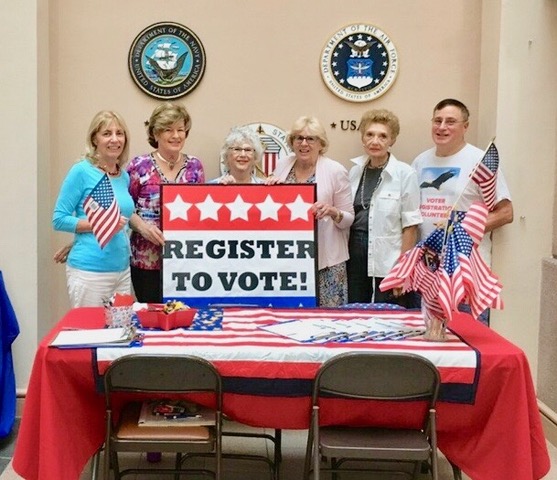 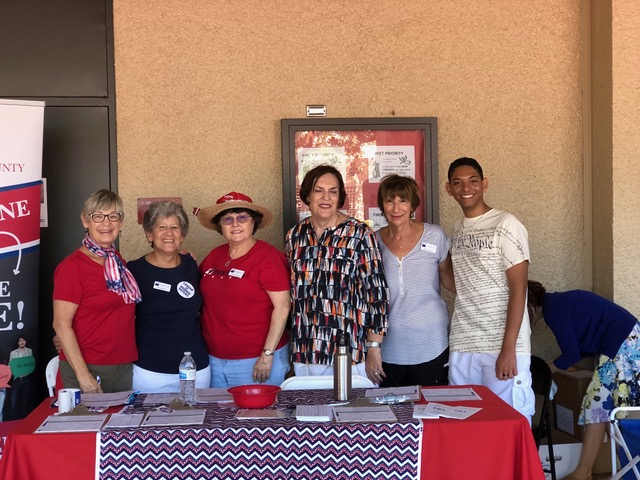 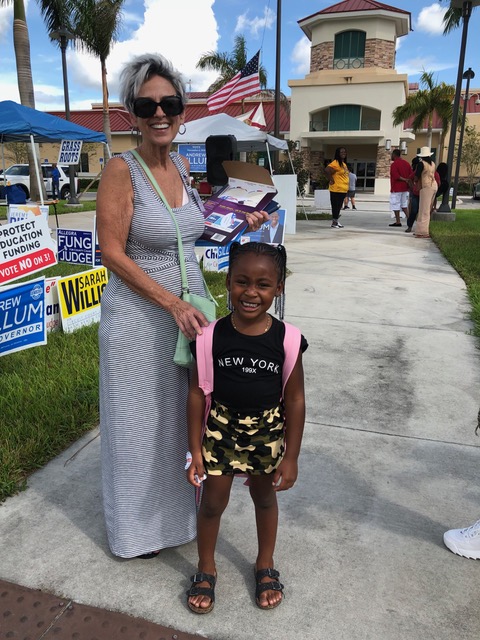 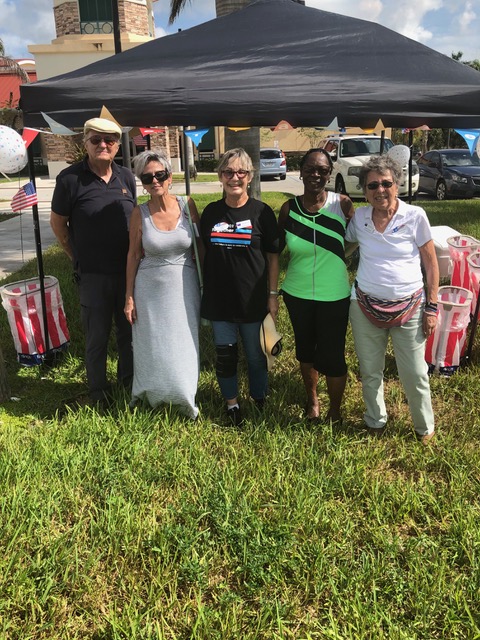 Pam Maldonado knows how to empower a team and reach the people.  LWVPBC is forever grateful for her hard work and loving participation in the pursuit of democracy. 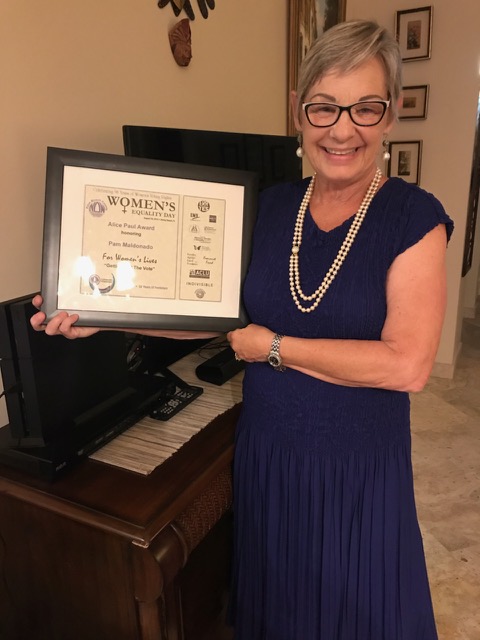