The Environmental Issues Group, held Cool Topics on a Hot Issue: Climate Change, on October 5, 2019. The goal was to raise awareness and provide education regarding climate change. Three expert speakers addressed the audience. 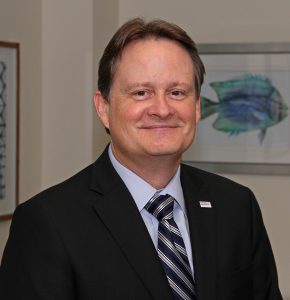 Jim presented “The Relationship Between Global Warming, HABs, and the Environment.”  He focused on the scientific aspect of Harmful Algal Blooms (HABs) and the toxins they produce. There are many different types of harmful algae – not just red tide and blue-green algae. They all produce different toxins with different effects. These toxins are harmful to humans, devastating to marine life, and destructive to the economy. Worldwide, HABs are increasing in type, frequency, duration and severity in diverse geographical locations – and it is forecast to get worse. Florida is one of the most impacted states in the U.S. The state has multiple task forces to address the problem. The Governor’s Blue-Green Algae Task Force will focus on expediting water quality improvements in the next 5 years.  The Harbor Branch Oceanographic Institute (HBOI) of Florida Atlantic University is working with the Florida Center for Coastal and Human Health (FLCCHH) to conduct critical research. Climate change is happening faster than originally expected and it is more extreme than expected. Therefore, we need to educate ourselves and put continued pressure on our representatives. 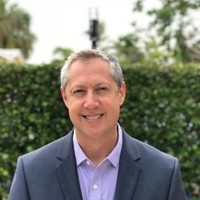 Nature has the potential to remove 21% of the nation’s carbon pollution.

Today’s Climate Reality: 62,000 people are displaced every day due to weather-related disasters, which amounts to $32 billion annually.

Erin presented “The Legal and Legislative Frontier of Climate Change.”  This is a frontier that is being explored with many unanswered questions. Legally, at what level is climate change? Federal? State? Common Law?  Public Trust?  Insurance?

Erin explained the basic legal concepts in government, such as actions/liability for capital improvements and roads. Can I sue my local government? What if infrastructure is not maintained, such as poor roads or storm drains that don’t drain anymore? What if local government does nothing?  What about the Florida Nuisance Law, such as junk in the front yard?  Several court cases were discussed: Oakland, CA v. BP (fossil fuel industry), Ali v. JP Morgan Chase Bank (flood insurance), Juliana v. United States (public trust), Reynolds v. Florida (is a stable climate a constitutional right?)

All three speakers, from diverse backgrounds, provided a stimulus to sustain our focus on climate change.