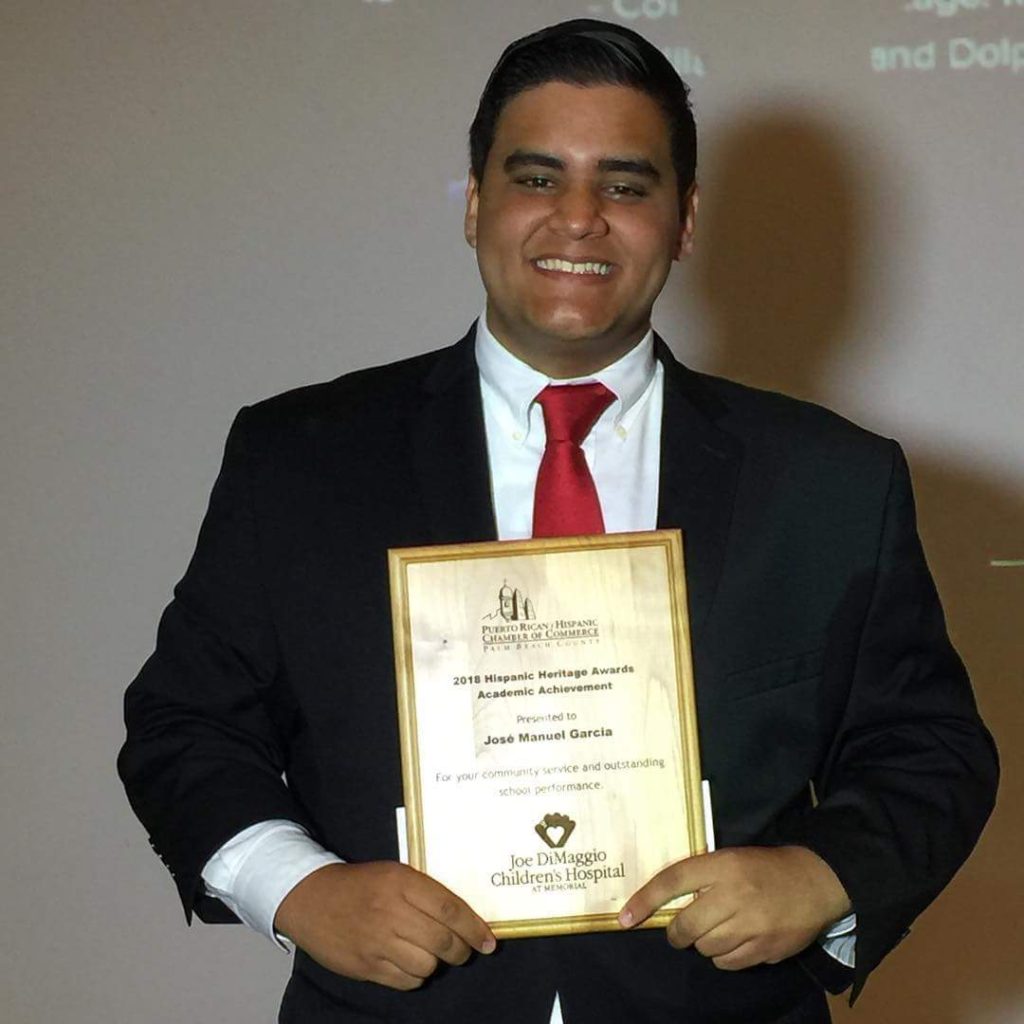 Feeling, down, depressed and generally negative about the direction our country is taking? Are you looking for a pick-me-up? Spend an afternoon with League intern José García!

José came to us recommended by Andrea McCue, city manager of Greenacres. I called him and the very next day he met Christene Campbell-Gabor and me for an interview and we instantly realized that we had an amazing young man on our hands. It was like trying to hold on to a rocket because this young man was obviously going places!

Next month José will graduate from John I. Leonard High School in Greenacres and plans to attend Palm Beach State College in September.

To date, José has been awarded four scholarships, including one from the Palm Beach County Junior League. A representative told him specifically that his internship with the LWVPBC was the deciding factor.

He is nervously awaiting word about two very substantial scholarships: the George Snow and Community Foundation of Palm Beach and Martin Counties scholarships, which will be announced in May. He is a semi-finalist for both.

During the 2018 election cycle he interned with Rep. David Silvers (D-FL 87), canvassing door-to-door with him in the Latino community, as well as working the phone bank.

The García family arrived from Venezuela three years ago and are still awaiting the initial interview on their asylum application.

We could not be prouder of this fine young man. With so much talk about limiting immigration, we need to hold him up as the type of person we want in our country because he is going to make a difference!

We wish him all the best and look forward to him continuing to be part of the League.

Remember his name: José García! I’m sure we’re going hear more about him in the future because CREAM ALWAYS RISES TO THE TOP!