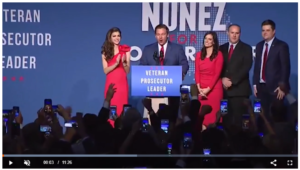 Congratulations on your win in Tuesday’s election. We’re confident you’ll live up to your promise to look out for all Floridians, including the good men and women who struggle every day to pay the bills and provide for their families.

They’re the people who power our economy. They make the hotel beds. Prepare the restaurant food. Fix our roofs. Cut our grass. Sell theme park tickets. Drive buses. Care for our elderly.

You talked on the campaign trail about family and expanding opportunity. Helping seniors. Improving educational opportunity. Restoring the Everglades.

OK, but what many families often struggle with the most is putting a roof over their heads. Florida’s red-hot housing market is great news for real-estate agents and banks, but it weighs heavily on custodians, roofers and servers.

They’re sometimes one paycheck away from not having enough money to pay the rent or the mortgage.

The Florida Housing Coalition calculates that one in every four Florida households — nearly 2 million of them — is “housing cost-burdened,” a bit of jargon that means they’re paying more than 30 percent of the family’s income toward housing.

The coalition estimates that 15 percent of Florida’s households — nearly 900,000 — are “severely cost-burdened,” more jargon that means they’re paying at least half their income toward housing.

Imagine a family’s total monthly paycheck whacked in half by housing costs. That family still has to make a car payment and buy food, insurance, medical care, day care, clothes, utilities and whatever else it takes to get by.

Now imagine one of that household’s wage-earners loses her job. Unless the family has some savings — and many do not — it’s a short journey to homelessness.

Making things worse is the shrinking inventory of rental units made affordable through government support. The Housing Coalition reported that the state lost some 59,000 subsidized housing units — mainly apartments — between 1993 and 2016. And the cost of rent has been rising since 2010.

That’s just the rental market. For many aspiring homebuyers, rising real-estate prices have shattered their dreams of homeownership.

Florida has a mechanism to help these people, but it’s broken.

The William E. Sadowski Affordable Housing Trust Funds — it’s a mouthful — were set up about 25 years ago to promote affordable housing in Florida. They get money from a small surcharge on real-estate deals. The fee is small, but it has added up to $6.2 billion since the trust funds were created in 1992.

The money is supposed to go toward building affordable housing, rehabbing old homes, providing rent assistance and helping first-time homebuyers make down payments. All of this is meant to help households like those we mentioned above, the ones propping up our economy but spending way too much of their income just to provide shelter.

Here’s the problem: For more than a decade the Legislature has been sweeping — we prefer the term “looting” — the trust funds. There’s always some excuse by lawmakers to skim off millions to fatten the general fund, and your predecessor happily went along with it.

For this budget year, with the economy booming, so we’re told, the Legislature and Gov. Rick Scott still grabbed $182 million from the estimated $314 million that was supposed to help people with housing.

The good news, Mr. DeSantis, is you’ll soon be in a position to do something about it.

For starters, you can propose a budget that doesn’t rob the housing funds. That’s easy. Then you can draw a bright red line for the Legislature, telling lawmakers that zero dollars will be taken from the Sadowski funds. If they defy that direction, you’ll have a veto pen ready to strike.

It really wouldn’t be that controversial. You can argue that the housing funds have the support of conservative organizations like the Florida Chamber of Commerce and Associated Industries of Florida. That the housing funds generate thousands of private-sector jobs and pump a lot of money into the state’s economy.

Senators and representatives from both parties claim they support affordable housing for Florida’s work force. Great. Make them live up to their words.

This is an ideal opportunity to put your beliefs about economic opportunity into practice.

You can make a difference right out of the box and show you’re a governor for everyone.