The League of Women Voters of Palm Beach County is pleased to announce an event on the Immigration Crisis and its impact on all Floridians.

Join us on Saturday, December 7th at 10:30 at the Vista Center, located at 2300 North Jog Rd in West Palm Beach. This event is free and open to the public.

Our panel is: Dr. Miriam Potocky, from the Florida International University’s School of Social Work, who specializes in refugee resettlement; Maria Rodriguez, Executive Director of the Florida Immigrant Coalition; and Cheryl Little, Executive Director and Co-Founder of Americans for Immigrant Justice. Our panel moderator will be Barbara Eriv, co-Chairperson of the Immigration Committee of the League of Women Voters of Palm Beach County.

Florida is an immigration state with a large population of documented and undocumented immigrants. Immigrants are an integral part of our social fabric and economy. Similar to what we have seen nationally over the last few years, Florida has introduced policies and laws that are having real consequences to not only the immigrant community, but to all Florida residents.

This event will look at:

There will be a Q & A session following the panel discussion. 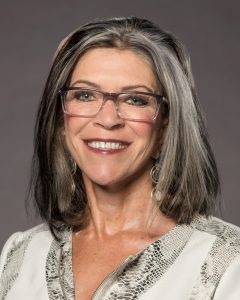 Dr. Miriam Potocky is an internationally recognized expert on refugee resettlement. She has authored over 70 publications, including the groundbreaking Best Practices for Social Work with Refugees and Immigrants (Columbia University Press), currently in press for a second edition. Dr. Potocky’s, work has been funded by the Florida Department of Children and Families Office of Refugee Services; the Association for Public Policy Analysis and Management; the International Rescue Committee; the Florida Center for Survivors of Torture; the Malmö Institute for Studies of Migration, Sweden; the New York Community Trust; and the YMCA of Greater Toronto. She is the principal investigator for “Project MIRACLE: Motivational Interviewing for Refugee Adaptation, Coping, and Life Enhancement.”

Dr. Potocky has served on the editorial boards of numerous leading social work journals, has held leadership positions in the Society for Social Work and Research, and has served as a consultant to local, state, national, and international governmental and non-governmental agencies. She has twice received awards for excellence in teaching, received numerous awards for meritorious performance, and received the William R. Jones Outstanding Mentor Award from the McKnight Doctoral Fellowship Program.

Dr. Potocky has the distinction of being the first and only woman in the history of Florida International University’s School of Social Work to earn the status of full professor. 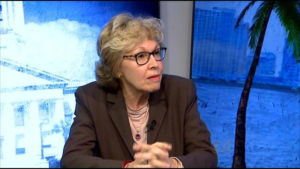 Cheryl Little has been a tireless advocate for immigrant rights for about three decades and has established herself as one of this country’s leading experts in the immigration field. Cheryl’s extensive involvement in immigration dates from 1985 when, upon her graduation from law school with honors, she began working at the Haitian Refugee Center. In January 1996, she co-founded the Florida Immigrant Advocacy Center, Inc. (FIAC), now Americans for Immigrant Justice (AI Justice), and serves as its Executive Director. She has received numerous honors and awards for her work, including the 2008 Morris Dees Justice Award as well as the 2012 Legal Legend award from History Miami and the 11th Judicial Circuit Historical Society. Poder Magazine named her one of the Miami’s 100 Most Influential People in 2011. In 2014, the Daily Business Review named her one of the “Top 20 Women Lawyers in South Florida”. In 1995, ABC News named her “Person of the Week”. Ms. Little has authored many publications in the area of immigration, including law review articles and reports. She has testified many times before Congress and appears regularly on television. Her appearances include 60 Minutes, Nightline, PBS’s News Hour, Frontline, The Oprah Winfrey Show and CNN. 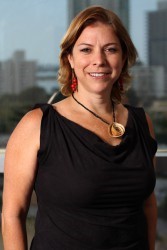 Maria Alegria Rodriguez is the first Executive Director of the Florida Immigrant Coalition, a bold and dynamic social movement organization that seeks the fair and equal treatment of all people, including immigrants. It builds and aggregates the connection, consciousness and capacity of its diverse membership across 10 counties in Florida. As a movement architect, Maria’s inclusive leadership has yielded impressive wins in college access, wage protections and combating criminalization, allowing more people to live, love and work without fear.

A social entrepreneur, she has co-founded or helped establish half a dozen award-winning organizations, including a free medical clinic, a housing cooperative, an arts & therapy group and an electoral entity, which are all thriving today. From foreign policy advocacy on Southern Africa and Central America, to domestic organizing for quality housing and healthcare at home, Maria brings principled and effective leadership that yields concrete results. She grew up in Puerto Rico in a multi-cultural family, is a graduate of Georgetown University and is the proud mother of Dante.