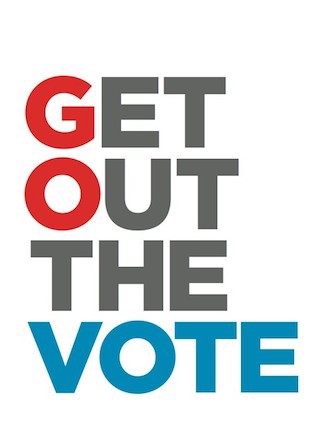 Voter Services and the Voter Rights Coalition have been doing a three-phase Get Out the Vote texting campaign to numerous groups of people, including first-time voters. Our voting system can seem complicated to many. We are just trying to simplify things. We started in September telling people to make a plan to vote. Then in early October, we suggested that people familiarize themselves with the ballot. We sent them links to the Voters’ Guide and Vote411.org. Finally, in the last phase, which will be ending soon, we encouraged people to vote early, either in person or by mail. Although we get our share of negative responses, there are many very appreciative people asking their own questions. “I didn’t get my ballot yet, what should I do?” “Where are the drop boxes for my ballot?” “How do I track my ballot?” “Where can I vote early in person?”

We try to answer their questions by providing them links, while offering answers to the questions they didn’t ask, but probably should have. Marcia Halpern headed the project and wrote the “canned responses.” I prefer to think of her as the Ernest Hemingway of text responses. When we get a very common response that we hadn’t planned on, she adds a canned response we can all use. When we noted that many people would respond with only “Trump 2020,” she added a response for that, which began with “we are a nonpartisan organization.”

Although these canned responses provide us with an easy way to answer most questions, I sometimes add something to personalize the text. About 30 dedicated texters have done a great job of getting information to some 80,000 people. The texted people show their appreciation with numerous thanks, thumbs up, smiley faces, and heart icons. I am extremely happy with the success of our program. However, recently I got a phone call from one of the people I had texted. People that you text cannot call you directly. They call one of the database numbers and leave a message. The message left by this individual was garbled, so I decided to call him back.

I didn’t call him directly; I called a database number that then called him (this is done automatically by clicking a link on my laptop). Then my cellphone rang telling me “they’ll connect me.” The man who answered sounded like a person without a lot of sunshine in his life. He explained that he was an ex-felon and that he very much wanted to vote for the first time. However, he said he had found the poll closed. As it turns out, he had gone to the location that was printed on his voter registration card for Election Day. It was not one of the Early Voting sites, which I subsequently texted him. I also texted him a link to the Voters’ Guide and Vote411.org, to provide additional information. Would he have voted without my intervention? I’m not sure. He had health issues and a limited social network. What I was sure of, however, is that the texting campaign has done lots of very important work in informing people about how to cast their very important vote. Does it get any better than that?