All Voters Should Check Their Status ASAP

Election Day will be upon us before we know it! Florida Election Statutes require Supervisors of Elections (SOEs) to close their books 29 days before the election, which means by 5 p.m. on October 5. People whose registration forms arrive after that date would not be able to vote in the Presidential Election this year. 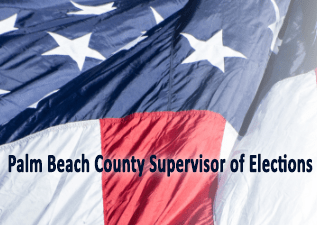 If you have not done so already, please go to pbcelections.org/MyStatus and check your registration. Supervisors are required to do maintenance on voter rolls and there have been mistakes. For instance, in 2018 I heard an interview with the President of the Ohio LWV who of course, had voted in every recent election. She found out she had been dropped from the voter roll in error.

According to “Florida Today, March 4, 2020”, “Florida has put nearly 300,000 registered voters who voted in 2016 or later on “inactive” lists — the first step toward them being purged from the voter rolls.

Some had moved without telling anyone. Others had recently died. But many were infrequent voters who simply missed or ignored mailers from their counties.

Counties are given great leeway to decide who is “inactive” and who is not, but how they do so can sweep up legitimate, fairly regular voters — and disproportionately impact young and non-white voters.”

Our worst nightmare is having someone show up at the polls and not be able to vote. Please spread the word to all your friends and family – especially younger voters who might be voting for the first time. Remind them of the October 5 deadline.